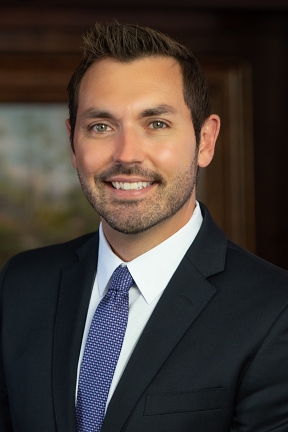 Ryan Swenson brings a life-long passion for helping others and widespread experience to his role as a financial advisor at Cary Stamp & Co. He credits his family and life in the small town of Fosston, MN for his energy and enthusiasm. “I’m glad and thankful for where I grew up because it gave me the opportunity to build character and develop patience and planning skills,” he said.

As the son of a pastor and a teacher who regularly welcomed foster children, Ryan learned empathy and compassion at an early age. “My parents always included me and my two siblings in the discussion when foster kids were joining us, and I learned how fulfilling it is to help people,” he explained. At the same time, Ryan was focused on sports, playing football and basketball and running track competitively and enjoying golf in his spare time. His athletic career carried over to college where he played basketball and football each for a year before graduating with a bachelor’s degree in business and entrepreneurship/small business from Bemidji State University.

Professionally, Ryan tested his skills in a number of arenas before finding his way to financial planning. Immediately after college, he went back to school to earn a diploma in construction and electricity and worked as a union electrician with plans to become a master electrician and run his own business. He then spent a couple of years as an admissions representative at Northwood University in West Palm Beach, FL where he honed his interpersonal skills. Then it was on to Staples Business Advantage and consulting with companies and negotiating contracts to meet their needs. At that point, Ryan decided it was time to re-evaluate, and he discovered an entryway to financial planning with Edward Jones knowing it would give him the chance to work closely with clients and build relationships.

In early 2020, Ryan met Cary Stamp at a Chamber of Commerce event, and the two kept in touch, with Ryan recognizing the value of the connection. “I could tell he has a big heart for mentoring,” said Ryan, adding that when the job offer came a year later, he knew this was an opportunity he couldn’t get anywhere else. “Everyone at Cary Stamp & Co. is really good at what they do, and I’m thrilled to have this chance to work with Cary and grow personally and professionally.”

Not only did Ryan take a new job in the middle of the pandemic, but he got married, although not in the way he and his fiancé had planned. They cancelled their big celebration and Hawaiian honeymoon and instead opted for a small church ceremony with eight people and a couple of road trips in Florida.

Ryan is also active in the community, volunteering on monthly projects with Kiwanis as well as giving his time to Quantum House which provides a home for families with a child receiving medical treatment in the West Palm Beach area. “I’ve volunteered as a chef for a day, done landscape projects, and, of course, donated,” he said, “Kids are going through a long, strenuous surgery and rehabilitation, and I’m glad to be able to support them and their families however I can.”

“I love this work because it allows me to cultivate relationships and watch people grow.” 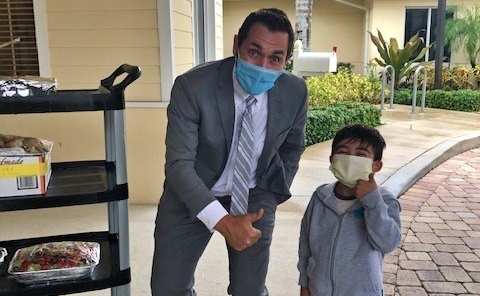 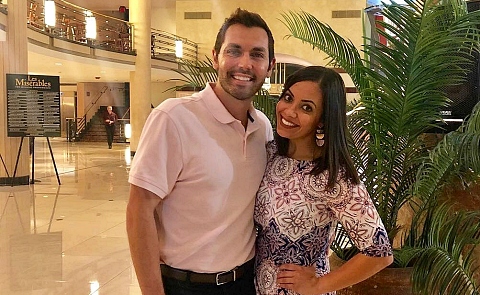